Please RSVP by emailing artgallery@cdu.edu.au to notify whether to attend via Zoom or view in the CDU Art Gallery. 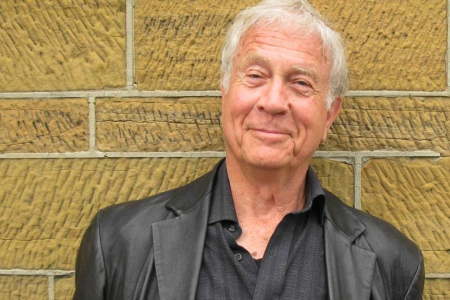 This lecture by Australia’s leading historian, Professor Henry Reynolds will discuss his most recent publication Truth-telling: History, Sovereignty and the Uluru Statement, published by NewSouth Publishing in 2021. This book revisits the very premise of the settlement of Australia and challenges many of the historical and legal assumptions underpinning the colonisation of the continent. Reynolds argues that the weight of history and law provide a sound basis for the Uluru Statement from the Heart as a roadmap for the future.

Professor Henry Reynolds holds honorary doctorates from the University of Tasmania and James Cook University and was elected as a National Living Treasure in 1998. He is an Honorary Research Professor (Aboriginal Studies and Global Cultures and Languages) at the University of Tasmania. Professor Reynolds has been the recipient of numerous literary awards including the Prime-Ministers Prize for non-fiction, Queensland Premier’s Prize, Human Rights Commission Prize for Literature, Victorian Premier’s Prize for nonfiction, Banjo Prize of the Australian Book Council and, the Ernest Scott Prize.

Dr Wendy Ludwig will introduce Professor Reynolds and facilitate a Q&A following Professor Reynolds’ lecture.
Dr Ludwig is a Kungarakan/Gurindji woman, an educationalist and a willing participant in creating history