Artist's talk: YOU ARE HERE

YOU ARE HERE has truth-telling at its core. Join Therese Ritchie as she unpacks her research and creative processes, as well as articulates the significance of her imagery in her thought-provoking exhibition. 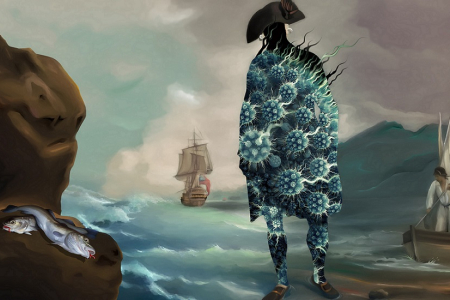 Therese Ritchie is an accomplished Darwin-based artist whose art is socially engaged. Art and activism exist in equal proportions in Ritchie’s artistic practice. Art is the tool of Ritchie’s social action; whether with photographs, digital illustrations produced as limited-edition prints, or her graphic designs. Through these mediums, she prods, impedes, directs and intervenes in the social, environmental and political structures that surround her.

Ritchie is Alumna of CDU (1986, 2002 and 2004). CDU Art Collection holds the largest collection of Ritchie’s artwork in Australia, some of which were featured in 'Not dead yet: a retrospective exhibition of Therese Ritchie and Chips Mackinolty', an exhibition at the CDU Art Gallery in 2010. The exhibition' Therese Ritchie: burning hearts' was presented at MAGNT in 2019-20. In addition to her extensive solo exhibition accomplishments, Ritchie’s artwork is represented in numerous Australian collections.