Year of the Nurse and Midwife - Dr Donna Hartz 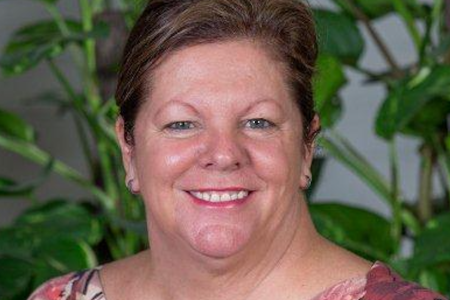 Her maternal grandmother had passed away, and only then, was the Aboriginal connection to her family discovered.

“It’s so sad that this needed to be hidden,” says Dr Hartz.

“I can only guess that my nannas were protecting us from the stigma and discrimination that was, and still is, prevalent.”

She set about connecting with her people, despite having grown up with what she describes as ‘white privilege’.

“I always had many Aboriginal friends as a kid in the western suburbs of Sydney - fortunate that we were brought up to see people for who they were not the colour of their skin, we never thought ourselves as different to each other.”

Dr Hartz became interested in Indigenous Health during her early years working as an Independent midwife.

“I witnessed the power of one-to-one care, and pondered how this would really make a difference for Aboriginal women and started to care for a few women.”

In the 1990s, Dr Hartz was encouraged by her general practitioner and one of her mentors to apply for an Indigenous scholarship to become a doctor, however she felt the scholarship would be more beneficial to someone with less opportunity than herself.

By then a mother of four, Dr Hartz decided to focus on completing her PhD, but soon turned her gaze back to Indigenous health.

Her focus was to shine a light on the disparities in life expectancy, health outcomes and the education levels of Aboriginal people in Australia – one of the richest countries in the world.

“Also, seeing that racism, including institutional and systemic racism, was still so prevalent, I was driven to use my life’s good fortunes to address what I could in my sphere of influence.

“Starting with the beginning of life and working with the mothers and their family is absolutely the place to start.

“Also developing programs that support Aboriginal people to get educated and secure jobs that make a difference too - this is the best!

“I have to say though, I am surrounded these days by the most generous and supportive of sisters – Dea Delaney- Thiele, Leona McGrath, Susan Anderson, Mel Briggs, Aunty Juanita Sherwood, Cherisse Buzzacott and the amazing Waminda Community – Yuin, Jeringa and Wandandian women.”

Dr Hartz’ passion for Aboriginal health is one that reaches beyond simply doing what’s right.

“There is a deep drive, unexplainable, that makes me know that this is what needs to be done.

“It’s beyond passion or altruism. I like to think I have been delivered to such a place by the ancestors – in particular my nannas – my Granny Sophia Jordan was an Aboriginal bush midwife who delivered my Nanna Ferrif in Binnaway at the turn of the 19th century.

“I also feel that honouring my life’s good fortune is essential - many people have supported and believed in me.”

Throughout her career, Dr Hartz says she has seen the positive change take place with regards to Aboriginal health – such as an increasing number of Indigenous people obtaining health qualifications – but there is still a long way to go.

“The Government and powers need to honour the 2017 Uluru Statement from the Heart and enable the Aboriginal and Torres Strait Islander people to guide the government into resourcing and service delivery from an Indigenous standpoint.

“The greater the self-determination the better the outcomes  - childbirth, health, child protection.

“Implicit in this is increasing the Indigenous health workforce through education pathways and financial scholarship – many people have extended families that they are responsible for”.

But while there is still work to do, Dr Hartz has been instrumental in paving the way for major positive change within the Aboriginal community, including leading a range of research projects and initiatives addressing maternal, child and family health and welfare issues.

“One that  I am involved with is the Birthing on Country Project, promoting community-controlled maternal infant health services incorporating Continuity of Midwifery care, and wraparound services integrated into mainstream services.

“This project also aims to develop the community’s health workforce.”

Dr Hartz’ nursing journey began in 1980, at age 21, when she began studying at Prince Henry Hospital. Some years later, after noticing a noticeboard advertisement, she decided to study midwifery at Westmead Hospital.

The rest, as they say, is history.

“I loved studying midwifery at Westmead and had wonderful role models that really opened my world up to possibilities,” says Dr Hartz.

“I was encouraged to explore homebirth and became curious about the autonomous nature that midwifery could be.

“As I was turning my head toward living in Newcastle, I was introduced to and commenced volunteer working with aspiring women and midwives who were at the forefront of providing continuity of women-centred midwifery care.

Dr Hartz worked at the Newcastle Western Suburbs Hospital until it closed when she started her own homebirth practice, which she ran from 1988 until 2000.

“These were some of the best and most challenging years of my life – I loved home birthing."

“I  had three more daughters, two at home, a partner who was sick and an ultimate separation, I worked as a casual and part-time midwife at the flashy new John Hunter Hospital, and started studying a Master degree in midwifery – very busy!”

Dr Hartz returned to Sydney in 2001, got married and continued to fulfil a range of clinical and educational positions within midwifery, as she continued her academic journey.

She is currently the Associate Professor in Midwifery and the Associate Dean Indigenous Leadership in nursing and midwifery at Charles Darwin University.

Dr Hartz was inspired to pursue an academic career as a younger clinician, after hearing doctors promoting the importance of scientific or evidence-based decision-making.

“Homebirths were demonised as irresponsible and midwives incompetent or derelict in supporting women – this just didn’t add up. "

“So following the path of some of my mentors who led the way in midwifery research – Pat Brodie and Maralyn Foureur-  I realised that to change the way was to create the evidence, particularly in the benefits of continuity of midwifery care via caseload midwifery care."

“Also, as a midwife academic and lecturer, I was in a position to help expand the minds of those coming after me, like my mentors did for me."

“I have also been fortunate to have been involved more recently in researching midwifery, cultural healing and cultural safety for Aboriginal women and their families."

“Much can be learnt from my ancestors, the oldest surviving culture on Earth. Again, this is another privilege and comes with a huge responsibility to be immersed in.”

“My greatest achievements are my family, my PhD, my work in midwifery and Indigenous maternal and women’s health – but there is still more to be done!"