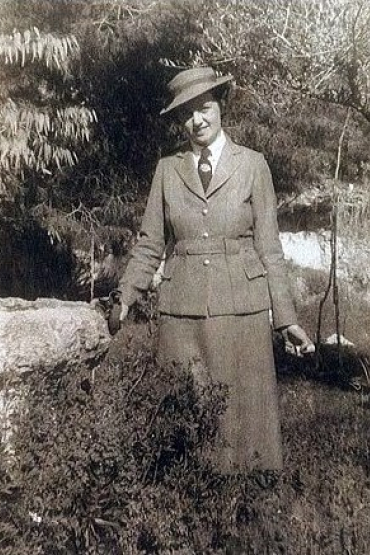 On February 19, CDU Provost and Vice President, Professor Sue Carthew joined Libbie Webb and Janie Mason from the Nursing Museum to lay wreath laying at the Darwin Cenotaph service. A wreath was also laid later on the nursing plaque on the clifftop, behind the Cenotaph.

“Nurses, both military and civilian, served here in this place so far from home and some were never to leave,” said Mrs Mason, University Fellow and Curator of the Nursing Museum.

“Our Nursing Museum remembers their stories and commemorates them.”

The service honoured de Mestre who died aboard the Australian Hospital Ship Manunda in the first Japanese bombing raid at 0959 hours on February 19, 1942. Eleven crew members were killed and another eighteen were seriously wounded in the bombing, including Sister Lorraine Blow and another forty suffered minor wounds. Sister Blow later finished her career at Royal Prince Alfred Hospital, Sydney.

After the bombing, the Manunda limped south for repairs. She was later to repatriate the ‘white coolies’ (nurse prisoners of war in Sumatra) back to Australia at the end of WWII. At her de-commissioning, some wood from her fittings was used for a chapel at the Royal Prince Alfred Hospital, Sydney.

The Australian Army Nursing Service dedicated a chair to Sister de Mestre in Darwin’s Christ Church Cathedral. The Nursing Museum has also installed commemorative plaques on the clifftop behind the Darwin Cenotaph in Bicentennial Park and on the North Australia Railway spur line at Adelaide River.