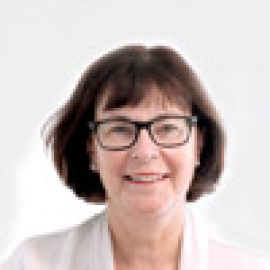 PhD in Ecology from the University of Wollongong

Professor Sue Carthew was appointed to the position of Provost and Vice-President in July 2016.

Previous to this Professor Carthew was the Pro Vice-Chancellor of the Faculty of Engineering, Health, Science and the Environment (EHSE) at Charles Darwin University. Prior to her appointment as PVC EHSE in January 2012 she held positions of Head of the School of Earth & Environmental Sciences (EES) (2007-2011), and Head of Discipline of Ecology & Evolutionary Biology within EES (2004-2006) at the University of Adelaide.

Professor Carthew holds a PhD in Ecology from the University of Wollongong, and maintains research interests spanning three related areas:

Sue has been active in biodiversity conservation in Australia, and has played a key role in environmental decision-making and policy development through her membership of various boards and committees. These include the Steering Committee of Marine Innovations SA (MISA), SA Aquaculture Advisory Board, SA Wildlife Advisory Committee, SA National Parks & Wildlife Council and a number of state-based threatened species recovery teams.

She has been a member of the South Australian Museum Board, Chair of MISA Advisory Committee, and Chair of the SA Museum Collections Committee.

She currently sits on the Board of Arid Recovery, a partnership between industry, government and University for ecosystem restoration.

Professor Carthew has been successful in forging links with industry and government bodies, both in SA and elsewhere and has been awarded industry and government funding for basic and applied research from bodies such as the Australian Research Council, Wildlife Conservation Fund, State Forests of NSW, NSW National Parks and Wildlife, Boral, BHP Community Trust, Primary Industries SA and Forestry SA.

She has supervised numerous Honours and PhD students to successful completion and regularly publishes in a range of refereed scientific journals of international standing.