This article appears in: Communications and Design

Ashleigh Abram’s passion for media began at a young age when, with friends, she’d create short film clips dancing in the living room. Lights, camera, action were all part of their play. Fast forward to years later and not much had changed.

Ashleigh’s love for media remained and she went on to study an arts degree at CDU, majoring in communications. She was after action, and her degree has more than delivered. She’s putting her newly acquired skills to work as a social media producer at the ABC.

A starring role at ABC

“While I was studying, I was looking for casual work and I saw the role at the ABC ,” says Ashleigh. “I sent in my resume and a contact in the building put a good word in for me. I was offered the contract and it could potentially lead to full time work."

I decided to take advantage of the flexibility at CDU and reduce my study load so I could focus on the new job at ABC.

Ashleigh’s lecturers have backed her decision all the way and their ongoing support has given her additional confidence in her role. Having access to a diverse range of subjects has helped her streamline her skills and put into practice what she’s learnt to date.

Producing social media for the ABC means Ashleigh regularly collaborates with journalists, radio producers and presenters to create original content. She also moderates all social media comments. Her communication units have helped her with both these skills.

My degree has really given me confidence as a writer and confidence in how to communicate with others in the industry.

“Learning about the legalities around communications has meant I can recognise if a comment could potentially be defamatory and judge if a post is going to create comments that could put us in a bad legal position.”

Successfully maintaining a work, life and study balance isn’t always easy. But Ashleigh says that studying online has made it possible.

“Online learning at CDU so flexible because all course resources are available to access any time and livestream classes are recorded, so you never miss out,” says Ashleigh.

As an online student, you may not be there in person, but you’re never forgotten.

Ashleigh notes that lecturers respond quickly to any of her questions online, and a discussion board means she always in contact with her peers.

A walk on the wild side

During her study, Ashleigh created a 12-minute documentary about some artistic installations in a wildlife park close to her home.  She hesitantly took on the challenge. It was a roaring success. 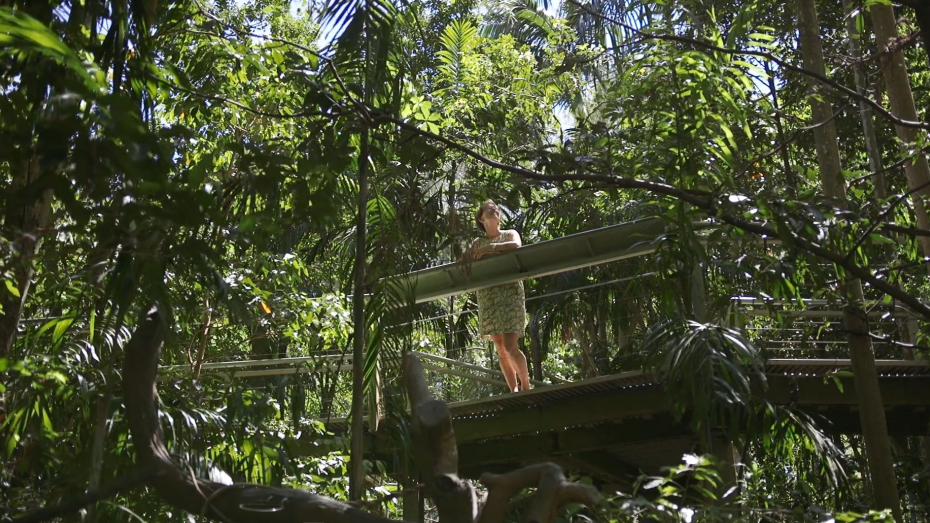 “The wildlife park film is definitely one of the best experiences I've had at uni,” says Asheigh. “Engaging with the artists, telling the story behind their creations and managing scenes where the artists interacted with the real-life animals who was so much fun.

It was so great to get the hands-on experience of working out in the field and organising and liaising with the artists.

Regardless of what her future holds at the ABC, Ashleigh aims to complete her degree within the next couple of years. In the meantime, she’ll keep putting into practice her study learnings. It’s sure to be action all the way.