Pathways to Politics Program for Women

Changing the face of politics

Charles Darwin University through the Northern Institute (NI) is proud to launch the inaugural Northern Territory Pathways to Politics Program for Women for 2022.

The Pathways to Politics Program is a national, proudly non-partisan initiative that aims to change the face of politics by equipping women with the skills, knowledge, confidence and networks they need to run for elected office and thrive as political leaders.

We are proud to be working with a national network of universities who share our mission to change the face of politics in Australia. You can find out more about the Pathways to Politics national network.

As the only program of its kind in the Northern Territory, NI’s Pathways to Politics is a non-partisan initiative that is designed to increase female participation in all levels of government.

The program brings together significant expertise and experience from across Australia’s political spectrum. Through an intensive series of workshops, the program provides participants with practical knowledge, skills and networking opportunities to become the political leaders of tomorrow.

NI’s program is open to female-identifying and non-binary residents of the NT. You will become part of a large, supportive national network of diverse and highly motivated women from a range of political,  professional,  and cultural backgrounds, all dedicated to making a tangible difference to the political landscape. There is no cost to participate in this program.

Guest presenters from across the political spectrum feature throughout the program, including politicians (both sitting and retired), pollsters, public speaking professionals, campaign strategists, advisors, public policy experts, and leading figures in Australian political and public life.

"For more than 20 years I've been passionate about improving the quality of leadership and decision making in Australia. Sadly, Australia continues to suffer from a chronic underrepresentation of women in leadership positions and currently ranks as 51st in the world when it comes to the representation of women in government." - Carol Schwartz AO, Chair, Trawalla Foundation

Pathways to Politics was initiated through the vision of Carol Schwartz AO, Chair of the Trawalla Foundation, who fundamentally believes in the value of more female leaders.

For Carol, this is about optimising outcomes for our country by ensuring that men and women together share power, leadership and decision making.

To be eligible for the program you must be an Australian citizen/Australian permanent resident/holder of a permanent Humanitarian Visa, female-identifying or non-binary in gender identification, and a Northern Territory resident.

Participants will be selected on a competitive basis against the following criteria:

Pathways to Politics for Women is committed to minimising barriers to enter politics. As such, applicants identified by the selection committee as coming from an equity cohort will be prioritised.

To be eligible to apply for a position in this equity category applicants must satisfy the application selection criteria, and also meet one or more of the following criteria:

The Pathways to Politics for Women Program is FREE but you must apply to be considered.

*Travel and accommodation funding is available to remote and regional residents (not based in Darwin & Greater Darwin) to attend the in-person workshops.

The Program Advisory Committee provides strategic oversight and ensure the high quality of the Program. 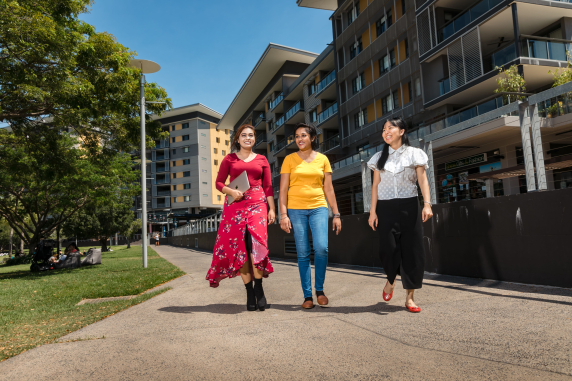