Mary's powering through a male-dominated industry

This article appears in: Trades

Before becoming the GTNT Group Apprentice of the Year, Mary had been working in retail. She would soon find the balance of academic knowledge and practical skills she craved with a CDU electrical apprenticeship. A female-only program sparked new confidence to succeed in a male-dominated industry.

After starting an agriculture degree after high school, Mary quickly realised it wasn’t something she was passionate about. She entered the workforce instead.

“I loved the learning part of university and the academic challenges, but I wanted something more hands-on,” she says.

What was it about an electrical apprenticeship that was so enticing?

"I wanted a change and wanted to have a qualification that I could use later in life too," she says.

Mary liked the idea of combining academic theory and hands-on skills, and she really enjoyed working with tools.

Mary discovered the GTNT Power Careers Program, where 14 women are employed and hosted out to various electrical businesses for six months before being put through their first year of trade school with Charles Darwin University.

I thought this was a great opportunity as it can often feel very daunting starting an apprenticeship in such a male-dominated industry.

"Starting my first six months surrounded by other women was comforting and made it easy," she adds.

Mary had also heard through family and friends that CDU’s electrotechnology lecturers were top notch, making the decision-making process even easier. 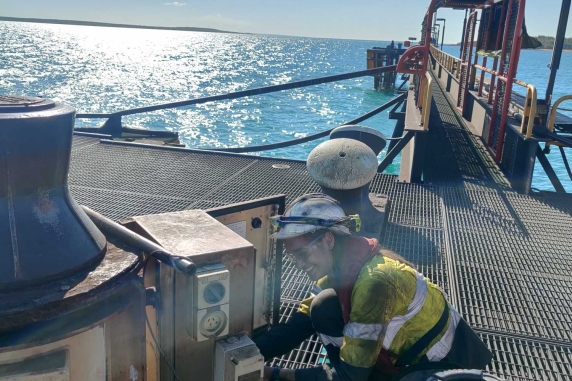 Though she was enjoying her training, Mary admits that apprenticeships aren’t always easy.

“The first year of my apprenticeship was the most challenging because there was so much new information to grasp,” she says.

The more study I did and the more I learned in second year is when it all started to click and I felt more confident in what I was doing.

She also had to adjust to working away from home on a fly in/fly out rotation.

“It was hard being away from family while at work but I knew I had to keep at it as the job at GEMCO was worth it,” she adds.

“I knew I could learn so much there, and it makes that time at home all the more special.”

The more she learns, the more passionate Mary has become about her career path in the electrical industry.

She’s even been able to to use her newfound skills to give back to the community, volunteering her time to assist with a solar installation at a school in Timor-Leste. 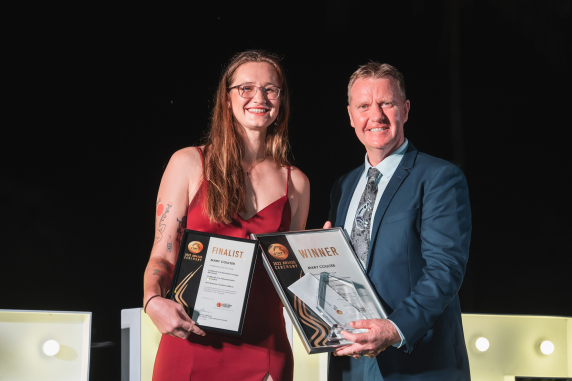 The diversity within the industry was always a major drawcard for Mary.

“There are so many different avenues you can go down after completing your training,” she says. “It can open so many doors for you.”

For anyone else considering a similar path, Mary thinks it’s a great way to combine study and on-the-job experience.

“You are surrounded by support from CDU, GTNT and your host business, so don’t be afraid to utilise them.”

Mary gained full-time employment with her host business after completing her apprenticeship.

“They were impressed with my efforts and wanted to keep me on as a breakdown electrician, where I attend to any breakdowns in the plant,” she says.

I use my skills and knowledge from CDU and on the job to be able to get the plant back up and running with minimal downtime.

She continues to expand on her skills on a daily basis and looks forward to the continued learning that comes with her new career.

Mary's passion and prowess were formally recognised at the GTNT Group Awards where she was awarded Apprentice of the Year.

Has Mary's story sparked a bright idea for you? Start a hands-on career with Vocational Education and Training at Charles Darwin University.