Biofuels from green waste, an initiative by the Research Institute of Energy and Technology 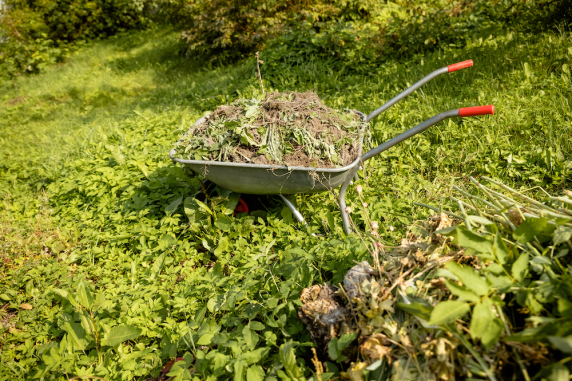 The Research Institute of Energy and Technology contributes towards practices that can significantly improve sustainability through the development of technologies leading to sustainable products and processes. Our research program in the area of Waste-to-Energy focusses on developing technologies for producing biofuels from green waste that can be deployed in remote communities and farms to generate energy as part of a hybrid Photovoltaic mini or microgrid electricity generation systems. In such systems, diesel generators are typically used to stabilise the power supply since solar energy is intermittent in nature. Our research aims at removing the requirement for diesel by substituting it with biofuels generated from green waste. 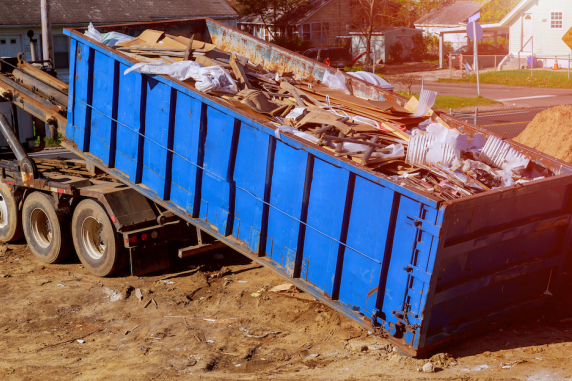 In collaboration with Indian partners, Dr Deepika Mathur from the College of Indigenous Futures, Education and the Arts won a federal grant from the Australian Indian Council for conducting collaborative workshops in India and Australia on construction waste reduction. Dr Deepika Mathur is a Research Fellow at the Northern Institute, Charles Darwin University and is based at the Alice Springs campus. Her area of research is examining ways regional towns can be made more sustainable through the built environment. She has been conducting research on minimising construction waste generation and ways of recycling and reusing this waste in regional towns such as Alice Springs. 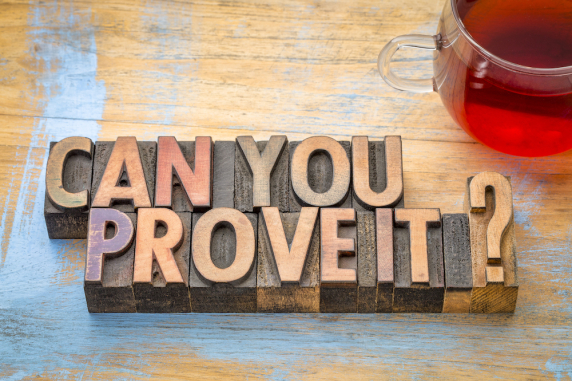 Disagreement with scientific evidence manifests across a wide range of issues impacting on health, well-being and environmental issues.  Prof David Low, Dean of the Asia Pacific College of Business and Law and his team reviewed the nature of the disagreement across three broad sectors - climate change, vaccine hesitancy and adoption of renewable energy technology - highlighting commonalities in the rejection of scientific consensus and in the way opposition is organised and communicated.

Their research paper reviews the literature relating to scientific disagreement, the challenges of scientific certainty, weaknesses in relevant theories, and a range of challenges to effective scientific communication. These challenges are well illustrated in this research paper through an analysis of government and sceptics’ websites.  Prof Low has established through this research that there are distinct differences between the approaches taken by governmental communicators and sceptics, with implications for the way that risk and uncertainty should be communicated in future.

Science communication and its explanation of scientific findings are not readily accessible to the lay person. This research presents findings which indicate that a ‘plain English’ version of research findings should be included for all scientific outputs that have implications for the lay public and that communications training should be included in all science post-graduate programmes. Prof Low and team further recommend that the scientific community needs to engage more, and be more engaging, in community debates around scientific concepts and findings to ensure the concept of ‘evidence-based’ is understood. Critical to the success of science communication is the need to focus on the personal relevance of science for individuals. This is particularly important when science is used as part of persuasive behaviour change interventions. The paper suggests that future research initiatives should focus on determining the optimum communications strategies that will be potentially effective across different population segments, including countering those who refuse to accept scientific evidence and its implications. 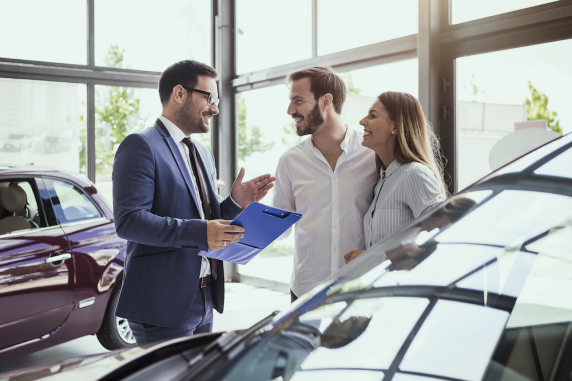 Prof David Low, Dean of the Asia Pacific College of Business and Law at the Charles Darwin University, explored the impact of consumers’ characteristics on pro-environmental orientation.

Prof Low and his team including Muhammad Abid Saleem, analysed the socio-demographic and psychographic factors that discriminate green consumers from non-green consumers, in the context of eco-socially conscious consumers' behavioural intentions specific to choice and use of personal cars. Findings from hierarchical cluster analytics, applied to a randomly selected national sample in the South Asian country of Pakistan, revealed that slightly over 50% of the customers had eco-social tendencies towards the choice and use of personal cars. Multiple Discriminant Analysis undertaken by the team showed that spirituality, perceived consumer effectiveness and environmental values were significantly discriminating factors between the three segments of Conservatives, Indifferents, and Enthusiasts.  Analysis of demographic characteristics demonstrated that customers of the three segments differed significantly from each other based on income, education, gender and city of residence. Findings of this research study provides important guidelines for marketers and policymakers seeking to develop actionable strategies for addressing the specific needs of the pro-environmental segment in the Pakistani market.

Competing and conflicting messages via online news media: Potential impacts of claims that the Great Barrier Reef is dying 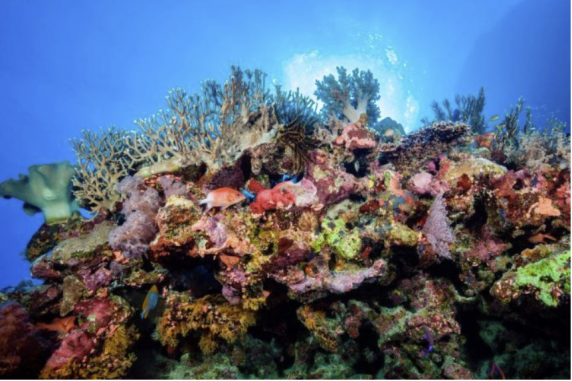 In this study undertaken by Prof David Low, Dean of the Asia Pacific College of Business and Law at the Charles Darwin University and his team of researchers, the potential impact of news media coverage regarding the health and potential future of the World Heritage-listed Great Barrier Reef, which is under multiple pressures, both natural and anthropogenic was examined.

The team drew on the extant literature regarding the impact of news media coverage of other complex issues, linking to relevant, albeit limited theoretical concepts that have been applied to previous media studies.

Media coverage was found to be predominately sensationalised and negative, with the potential to reinforce perceptions that mitigation attempts will be ineffective and thus likely to inhibit future policy development. The paper discussed the need for a review of existing science communication models and strategies to reduce the knowledge-practice gap between scientists and policy makers, together with proactive strategies to counter negative news coverage.

The influence of cultural values on green purchase behaviour

In a first of its kind research, Prof Steven Greenland in our Asia Pacific College of Business and Law  investigated the influence of consumers’ collectivism and long-term orientation (LTO) cultural values on their purchase intention in relation to environment-friendly products and established that the consumers' cultural values of collectivism and long-term orientation facilitate their green purchase behaviour by enhancing their environmental attitudes and subjective norms, and by mitigating the perceived inconvenience associated with green purchasing. Analysis by Prof Greenland using structural equation modelling revealed that consumers with greater adherence to collectivism and LTO tend to engage in green purchase behaviour owing to their positive environmental attitudes, strong subjective norms and tolerance of inconvenience associated with eco-friendly product purchase. Gender is found to moderate the relationship between determinants and purchase intention. 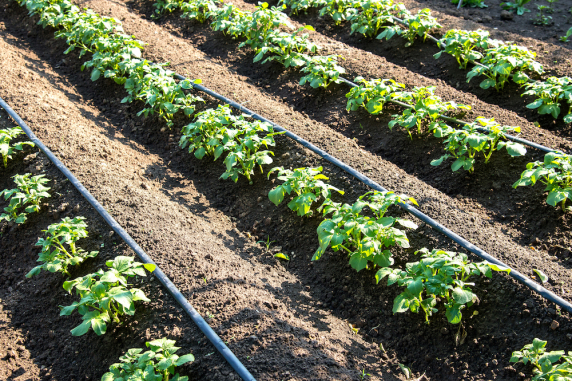 This paper by Prof Steven Greenland in the Asia Pacific College of Business and Law examines impediments to the adoption of sustainable water-efficient technological innovation in agriculture.  Farming is the largest water consumer and food production expansion in response to global population growth, combined with increasing droughts from climate change, threatens water and food insecurity for many countries. Yet, climate-smart agriculture (CSA) innovation adoption has been slow, and in this regard, governments and the agricultural sector are not fulfilling their social responsibility and sustainability obligations. Prof Greenland provides a conceptual framework for understanding barriers to sustainability-oriented innovation adoption.

Board Diversity and Corporate Social Disclosure: Evidence from Vietnam and China 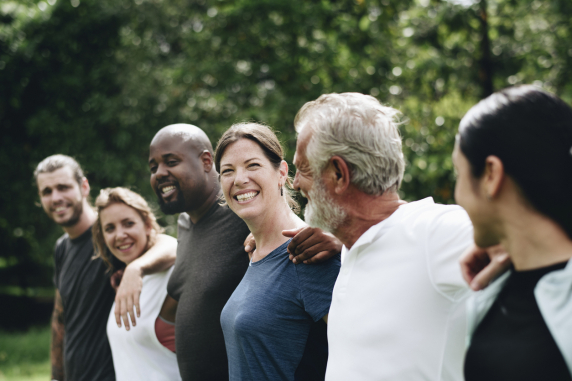 Research undertaken by Prof Indra Abeysekera with his team of researchers explored the possibilities and prospects of sustainable business practices by empirically investigating the effect of board diversity on corporate social disclosure (CSD) of Vietnamese listed firms. The study found a significantly positive effect on the CSD of diversity-in-boards with dissimilarities among directors within a board in terms of demographic attributes. Diversity-of-boards in terms of board structure was found to have no effect on CSD. The results of the study showed that a single theoretical approach can provide an adequate explanation for board diversity.

The study contributes methodologically by demonstrating the design and measurement of board diversity indices, and a three-dimensional stakeholder-relevant CSD index. The findings benefit regulators and corporate executives in better understanding firms’ CSD practices and stakeholders’ expectations. This will also help facilitate sustainable business practices.

Associate Professor Ram Vemuri from our Asia Pacific College of Business and Law worked with his team to propose the taxonomies of cognitive biases to identify the biases that are likely to deter the employment of people with mental disorders and, using future self-continuity hypothesis, uncovers various initiatives that could redress these biases in the future. The study explored the possibility that several workplace initiatives could stem the biases of recruiters against people who disclose or demonstrate diagnosed mental disorders. Specifically, in many nations, the level of unemployment in people who experience mental disorders is rife.

Arguably, employers exhibit various biases that disadvantage people who disclose or demonstrate mental disorders; for example, recruiters tend to orient attention to the limitations, instead of the strengths, of job candidates. Because of these various biases, employers may reject applicants who acknowledge or manifest a mental disorder, even if these candidates would have been suitable. The authors of the paper uncovered five constellations of biases in recruiters that could disadvantage individuals who disclose or demonstrate mental disorders.

Fortunately, consistent with the meaning maintenance model and cognate theories, when the vision and strategy of organizations are stable and enduring, these biases diminish, and people who report mental disorders are more likely to be employed. This paper shows that initiatives that promote equality and stability in organizations could diminish the stigma against individuals who experience mental disorders.