The oration honours the service of The Hon. Austin Asche AC QC to the people of the Northern Territory and his contribution to the law, tertiary education and to the community. 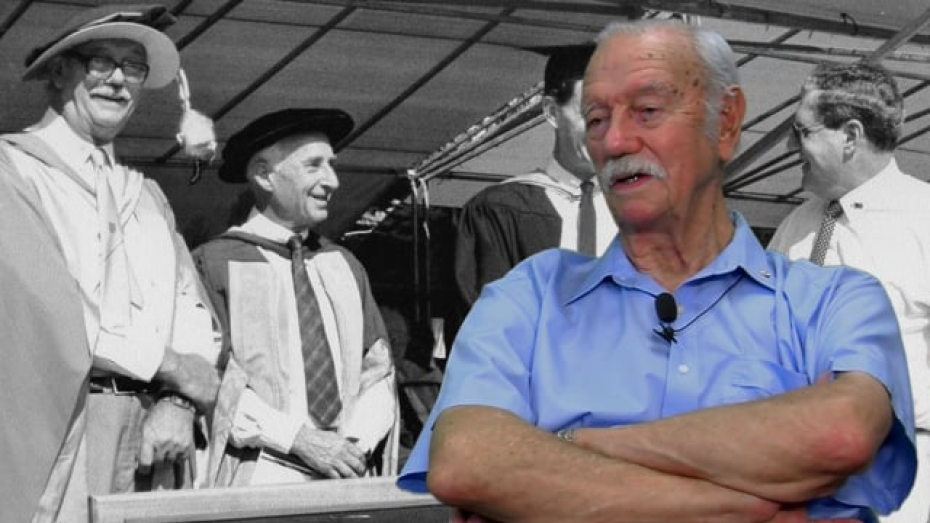 Austin Asche grew up in Darwin in the 1930s. At the timethere was no high school in Darwin, so Austin went south to continue his education.

From 1944-46 he served with the RAAF, mostly in the NT and north-west Australia.

After WWII, Austin attended the University of Melbourne  where he obtained a Bachelor and then Master of Laws. He was admitted to practice in 1950, and practised as a barrister in QLD and Melbourne. He was appointed Queen's Counsel in 1972.

Austin was the 15th Administrator of the NT, serving from 1 March 1993, to 16 February 1997. He was appointed a Knight of Grace of the order of St John in 1993. On Australia Day 1994 he was appointed a Companion of the Order of Australia (AC) for service to the law, tertiary education and the community, particularly the people of the Northern Territory. The Governor-General invested him with the insignia of this appointment at Government House, Darwin, on 17 June 1994.

Austin married Valerie James in 1958 and they have one son and one daughter. Dr Valerie Asche was a senior research fellow at the Menzies School of Health Research in Darwin from 1986 to 94.

Austin is currently the Chair of the Northern Territory Law Reform Committee.