From shoestring travelling to a six-figure salary

The lure of Europe was strong for Marc when he finished high school, so off he went. After a few years of travelling on a budget and being away from family, he decided it was time head home and get a trade. Here's how his life experience put him good stead to study a qualification at CDU VET and reskill to take his career in a new direction.

When Marc finished high school and went backpacking around Europe in his early 20’s, studying at university was the last thing on his mind. As a budding music producer and DJ, he set his sights on London to gain valuable experience in the industry.

But his career plans soon took an unexpected twist.

“I was working in a recording studio every day of the week and DJing at every gig I could get", says Marc. "Although I loved the music and the lifestyle, I had other dreams that I was never going to achieve if I remained in this line of work."

It was a real struggle to make money and enjoy the travel lifestyle because I didn’t have a trade or qualification behind me.

With a career change on the horizon, Marc became laser-focused on gaining new trade qualifications that would set him up for the future.

He moved back to Darwin, and quickly settled into life as a VET student at CDU while doing his apprenticeship with a local electrical company. "Having done a few odd jobs in audio and electrical work, the trades felt somewhat natural for me," he says. 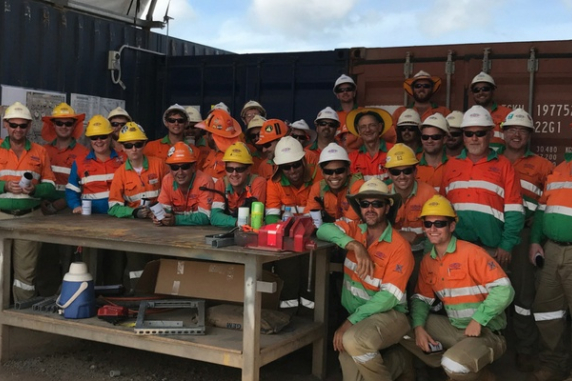 Marc has fond memories of his time at CDU VET and was thankful for the many on-the-job learning opportunities and the great facilities.

"Sometimes I wouldn’t completely comprehend the theory behind what I was studying until a few weeks later, when I came across the same situation out in the field. I would keep having moments of 'Ahh, so that’s what that is!'," he remembers.

He's also made life-long friends from his days at CDU VET, and valuable contacts for his developing career. "I was lucky enough to be in the same class with the same group of people since day one, some of whom I even worked with at the same company," he says.

"It makes a huge difference studying with people you’re comfortable with, you can share ideas and learn a lot from each other."

Now based in Sydney, Marc is working on a large infrastructure project, earning a six-figure salary.

Thanks to this financial security, he is able to spend a large amount of time on his growing list of passions and hobbies.

"We spend a lot of our time (with his partner) attempting to travel the globe, and we’re hoping our next trip will be a trip around Canada in a camper van," he shares."‘I still work on music too, I’ve even had two songs of mine released this year. It’s still probably the most enjoyable part of my life," he says. 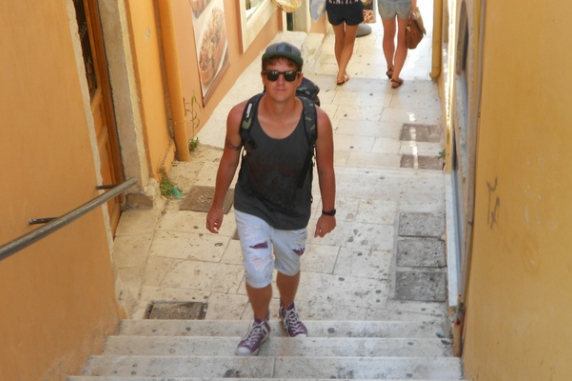 A future full of possibility

In the future, Marc says he’d love to try his hand at team leadership and managing large-scale projects. But ultimately, he believes his calling lies in starting his own business.

A goal he hopes to tie in with another one of his passions - renewable energy.

When I finally set up my own company, my goal is to install sustainable energy systems, such as solar.

He’d love to "eventually move away from fossil fuels and leave behind a cleaner environment for the future."

With big dreams and a growing list of skills and interests, who knows where Marc will end up. One thing is for sure however, he’s going to do his best to enjoy the journey.

If it's time to upskill, reskill or kick start a new career, explore more than 100 VET and Higher Education courses at CDU. Choose from certificates, diplomas, degrees and short courses.