This article appears in: Alumni stories, Engineering, Pathways to Uni

When Rikki Bruce graduated with an engineering degree from Charles Darwin University, she was nominated by her lecturers as a valedictorian for her outstanding personal achievements and academic record. And for good reason. She started her tertiary studies with CDU’s free tertiary enabling program and is now a qualified engineer.

After bouncing around from one unfulfilling job to the next, Rikki felt there was something missing.

“It involved working and studying harder than I’d ever done in my life,” she says. “Despite these efforts, I was told that I could never study engineering because I didn’t have the math skills.”

Rikki says the naysayers motivated her to work even harder.

Having followed this pathway to graduate with a Bachelor of Mechanical Engineering, I can safely say that these people are wrong. 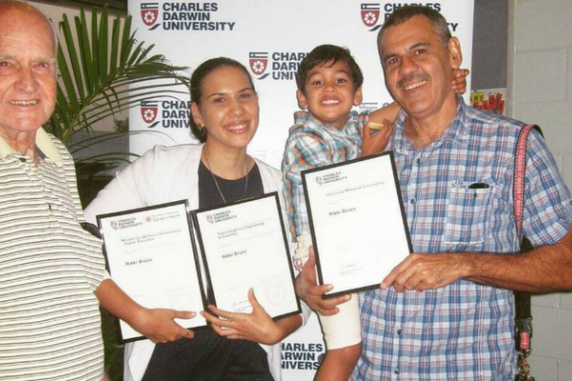 Rikki found herself doubting her abilities during the first year of study, but internships and industry placements made all the difference.

Not only did they add an important practical element to the theory she was learning in class, but having real-world experiences also built up her confidence and let her know she was on the right path.

Rikki dipped her toes into consultancy, energy and HVAC systems before discovering a fascination with oil and gas.

“During my placement with INPEX I was working on flow and acoustic induced vibrations in pipelines. I found this work the most interesting,” she says.

Born and bred in Darwin, studying at CDU meant she had her support network nearby.

“Success is not a solo effort,” she says.

I’m sure everyone can think of people who have helped along the way, whether by keeping us emotionally happy, or helping us study at 3am the day before an exam.

Rikki had to balance being a mum and studying hard, but that didn’t stop her from going the extra mile to help other students.

She served as the NT Indigenous Representative for Young Engineers Australia and shared her learning journey with many high school students and Indigenous people considering university.

Rikki was recognised as the Northern Territory Young Achiever of the Year.

“I’m thankful to have had so many great people from CDU to guide me along the way,” she says. “I’ve been lucky enough to receive financial support through scholarships from this institution, in addition allowing me to secure several placements where I gained practical experience.” 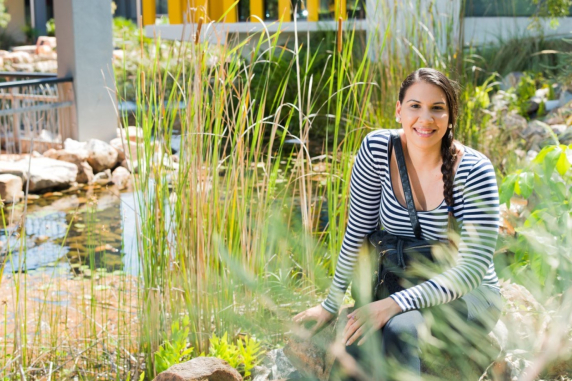 At the end of the day you get out what you put in, so be consistent and persistent and you will succeed.

“And don’t give up even when you doubt yourself,” she adds.

Rikki is hoping to continue developing as an experienced engineer and successfully finish the grad program at INPEX.

"If there’s anything CDU teaches us, it’s that we all have the right tools to complete the challenges before us, and I hope that the future remains bright.”

If, like Rikki, you want to pursue an Engineering degree and feel like you may need to brush up your maths skills, get started with CDU's free Tertiary Enabling Program.