This article appears in: Education, Studying in Australia

When Enggar Daranindra realised that accounting wasn’t her future, she moved straight into a teaching degree at CDU. The switch was easy, but it was the support of CDU and becoming a student ambassador that really made the difference.

First arriving in Darwin as a Year 11 student, Enggar Daranindra knew she wanted to learn in an English-speaking environment while staying close to her home country of Indonesia. After high school she had the choice to stay and study, or head home.

I decided to stay in Darwin because of how supportive and accepting the community is here at CDU.

"I initially enrolled in a commerce (accounting) degree as I loved numbers and anything to do with them," says Enggar. "I realised during my final semester that accounting was not what I wanted to do as a career."

Not wasting any time, Enggar graduated from her commerce degree and went straight into a Bachelor of Secondary Education, majoring in music.

“Music has always been a passion and I promised myself that one day I would focus a bit more on my music education. I have always had an interest in teaching too," explains Sai.

I wanted to be part of a positive change in this world. I believe that teaching at any level can play a major role in making that possible.” 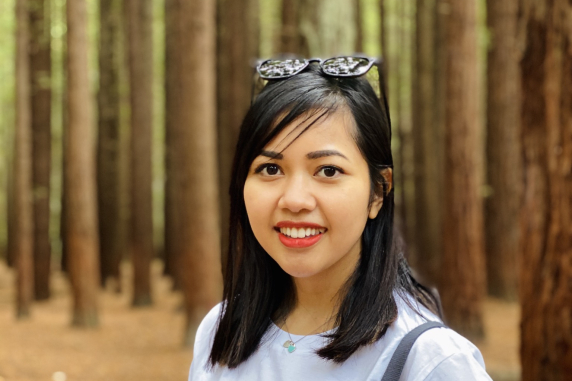 With that goal in mind, Enggar continued her studies but it wasn’t without its challenges.

“Balancing social life, work, and study was also a big struggle. As I was on my own during my study at CDU, I had to be socially active so that I could adjust to the environment much quicker.”

"Through this program, I had the opportunity to help organise the conferral ceremony for the Indonesian former president, Susilo Bambang Yudhoyono, during his visit to Darwin," says Enggar. "I also had the privilege of delivering a speech to all new international students to Darwin at Parliament House.’

As a primary school teacher for three years now, Enggar looks back fondly at her time at CDU, particularly the supportive and favourable learning environment.

The classes were small therefore it was easier for me to interact with and get to know other students that were studying the same course as me. It was also easier to approach the lecturers both inside and outside of the lecture rooms for support.

She also has some great advice for other international students ready to follow her lead.

“Don’t be afraid to make a mistake. It is easy to feel intimidated by everything and everyone around you at first, but I promise you, everyone is feeling the same thing," she says.

"Breathe, reflect on the great things that you have done, be present and take one step at a time.”

Explore Education course at CDU or find out more about studying in Darwin.