Johanna's building an engineering career in the Territory

After travelling around Australia on her gap year, Johanna Luck decided to study in Darwin instead of going back home to Germany. She’s now building herself a great career in the Territory through online study at CDU.

Johanna always enjoyed physics and maths at school. When someone suggested structural engineering as a potential career, the idea stayed at the back of her mind.

She started her study journey with a Certificate III in Business as the shorter study time was less daunting and she could move if Darwin wasn’t the right fit.

After the six months it took to complete her certificate, Johanna had fallen in love with Darwin – but out of love with business.

The idea of structural engineering reappeared in Johanna’s mind, so she went to see the course coordinator.

“I remember the feeling of excitement and motivation I had leaving his office,” she says. “I applied for the Bachelor of Engineering course that same day.”

After studying on campus at CDU for four semesters, Johanna had to move back home to be with her family. She finished her bachelor’s degree online in Germany, before returning to Darwin to begin a Master of Engineering.

I love engineering, as it’s not purely an office job but involves a lot of fieldwork.

“The job is very practical and it’s very rewarding to see a design built in real life,” she says. 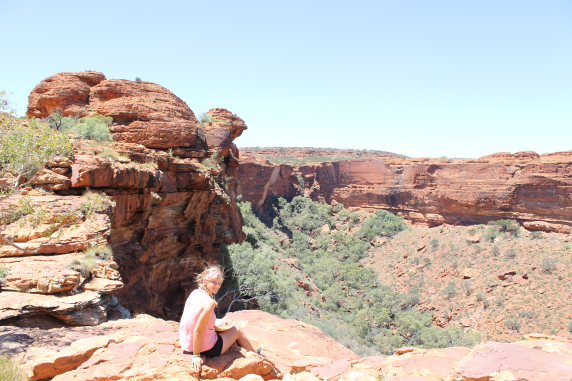 Darwin’s weather and location were big drawcards for Johanna.

“Darwin’s so relaxed and has most of the things a bit city does without the amount of people and traffic. I chose CDU because I lived in Darwin and I preferred studying on campus initially.”

She soon discovered the benefits of studying at a smaller university.

CDU has a great advantage over big universities as everything is much more personal.

“The lecturers actually recognise students’ faces and remember their names. I have received so much support from my lecturers at CDU.”

Johanna secured a job in global engineering company with a Darwin office while she finishes her master’s degree.

Despite the difficulties of juggling her new work commitments with her studies, Johanna thinks it was definitely the right move.

It’s great to see the theory I learn at CDU being put into practice at work.

And working in a small office in Darwin has its perks too. Johanna loves being exposed to a variety of jobs she would not have been exposed to in a bigger office.

“It has assured me in my career choice,” she adds.

For anyone trying to manage multiple commitments, Johanna recommends keeping the demands of study, work and family separate.

“I work as a structural engineer Mondays to Wednesdays, then study Thursday to Saturday, and try to keep evenings and Sundays free to spend time with family and friends,” she says.

To any potential students, Johanna thinks its best to just get stuck in.

Even if it seems hard to apply and start studying (especially after a long break), it’s always worth doing something that makes you happy.

“Try to find an internship or job in your chosen field to complement your studies,” she adds. “There will always be periods that are more straining than others, so stay focused and remember your career goals.”

Start your career in engineering with online or on-campus study at Charles Darwin University. Explore courses