If you told a younger Toby Snaire he would one day win the prestigious Engineers Australia Graduate Award, he never would’ve believed you. Fast forward a few years and Toby has an engineering degree to his name and his achievements are proof that it’s never too late to change your life.

After trying out a couple of different courses in his teens, Toby left university and entered the workforce instead.

His dream career would catch up to him eventually.

Toby showed a knack for engineering from the very start.

“As a kid, I always enjoyed pulling things apart and occasionally even got them back together,” he says.

Without the qualifications and technical expertise he needed to progress at work, Toby decided to give studying at university another crack.

He had worked with mechanical engineers at the now-closed Argyle Diamond Mine in Western Australia and knew it was the right field for him.

Their work was a lot more interesting than what I was doing in the warehouse. I knew I needed a new challenge to keep me interested.

At the age of 42, Toby applied to study engineering at Charles Darwin University.

“At first, I was juggling my engineering degree with full-time fly-in-fly-out work and I completed the first year that way over four semesters,” Toby says.

CDU’s flexible online study options made all the difference.

The opportunity to study part-time and online with CDU was my big break into engineering.

“If not for that, I would never have started," he adds. "I was just one of the lucky ones who could make the move and finish the degree in a shorter time frame."

Exhausted from juggling FIFO and study but committed to his career dream, Toby made a bold move.

He quit his job, packed up in Perth, and moved to Darwin to focus on finishing his engineering degree as a full-time student. 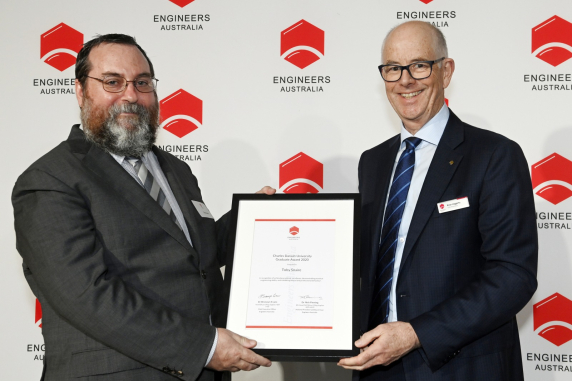 After excelling at his studies and completing his degree, Toby has returned to Perth and now works as a process engineer.

He has been recognised as the highest-performing engineering graduate from CDU. Toby credits the support of CDU staff and his fellow students as the key to his academic success.

“Without them, I would not have made it,” he says.

Going back to university was the best thing I ever did.

It’s never too late for a career change. Check out CDU’s engineering courses or hundreds of other degrees, diplomas and certificates.