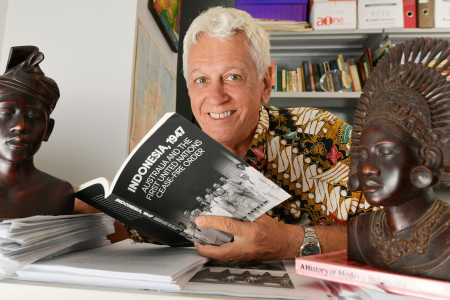 Dr Farram is a senior lecturer in history at Charles Darwin University.

Dr Farram completed his PhD at Charles Darwin University in 2004 on the topic of the political history of West Timor, 1901 to 1967.

Dr Farram also has a strong interest in the 1960s popular culture of the region, especially music. Steven has published extensively in these areas and is also a regular contributor of book and exhibition reviews to various journals.

Steven is an active member of the history community through organisations such as the Professional Historians Association (NT) and the Historical Society of the Northern Territory. He is a regular participant at international and local conferences and has been coordinator of the Annual History Colloquium held in Darwin for several years.

Steven is available to supervise research students who are interested in the politics and history of northern Australia and South-East Asia, particularly Indonesia and Timor-Leste.

Steven has successfully supervised research students to complete their postgraduate studies. These include topics such as: