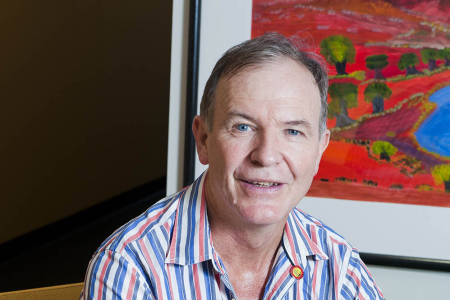 Professor Stephen Garnett is an environmental scientist with an interest in the knowledge needed to live sustainably in the tropics.

Educated at the Australian National University and James Cook University, he has spent the past 40 years in the Australian tropics, initially in private enterprise and government. He joined Charles Darwin University in 2004 as Professor of Tropical Knowledge, was Director of the School for Environmental Research from 2007 to 2010 and more recently as Professor of Conservation and Sustainable Livelihoods.

Professor Garnett is recognised nationally and internationally for research on conservation management, particularly of threatened species, and is currently one of the leaders of the National Environment Science Programme’s Threatened Species Recovery hub and an elected Counsellor for Birds with the Convention on Migratory Species. He also works extensively on issues related to Indigenous livelihoods, particularly where they relate to land and sea management.

Stephen is interested in the application of research for the purpose of improving livelihoods and conservation outcomes.

His research interests include: