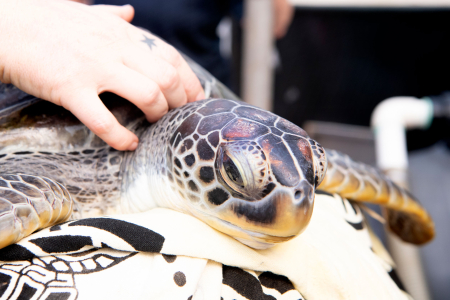 Charles Darwin University has a strong commitment to research excellence and integrity.

Through our world-class teaching and research profile, we deliver a significant contribution to furthering animal welfare and conservation in Australia and internationally.

Ensuring the welfare and ethical use of animals associated with that research is the cornerstone of the work of CDU animal ethics personnel and the CDU Animal Ethics Committee (AEC).

The CDU AEC and Animal Welfare Officer (acting in accordance with the NT Animal Welfare Act and regulations and the Australian code for the care and use of animals for scientific purposes), are responsible for the administration of animal ethics and welfare at CDU.

The CDU AEC provides services to both CDU researchers and educators, as well as those from other organisations throughout the Northern Territory, assisting them to comply with ethical and legislative requirements.

Please contact the animal ethics team to discuss how they can support you in your work.

The CDU AEC meets eight times every year. Closing dates for submissions are published alongside each meeting date below. Submission deadlines are approximately two weeks prior to a scheduled AEC meeting.

When a submission is considered at an AEC meeting, investigators are typically notified of the outcome within seven working days of that meeting.

The AEC can approve submissions only at a quorate meeting, where at least one member of each Category is present. If a scheduled meeting is inquorate, an additional special meeting will be scheduled as soon as possible thereafter. Principal Investigators will be notified promptly should this occur.

New Project and Permit Applications can be reviewed only at a scheduled and quorate AEC meeting. In accordance with the AEC Terms of Reference and the Code, minor and urgent amendments may be considered out-of-session by a nominated Executive Committee. Any request for out-of-session consideration should be included at the time of submission and each such request will be considered case by case. All decisions made by the Executive Committee are subject to ratification at the following AEC meeting.

Please contact the ethics@cdu.edu for further information regarding AEC meetings.

Find out more about...

Respect for animals must underpin all decisions and actions involving the care and use of animals for scientific purposes.

Australian code for the care and use of animals for scientific purposes, NHMRC, 2013