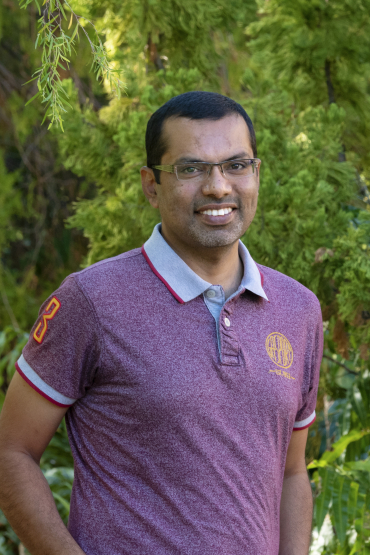 Invasion of grass weeds is a major threat for savannas ecosystems. Mission grass species (Cenchrus pedicellatus and C. polystachios) are some of the most important invasive grasses, vigorously compete with native vegetation and have become a serious problem in northern Australian savanna. These invasive species can prevent rehabilitation of disturbed area. Therefore, this research project aimed to increase our understanding of key ecological factors which can assist in the control and management of C. pedicellatus and C. polystachios on disturbed or invaded savanna habitat.

Lower densities of mission grass have been observed under the canopy of stands of native Acacia holosericea tree. To understand this, a series of shade house, field and nursery trials were conducted to evaluate the potential use of A. holosericea tree to control germination, emergence, growth, development and reproduction of these two species of mission grass. The shade house study was carried out to test the effect of different levels of shade and nutrient (nitrogen and phosphorus) treatments on vegetative and reproductive phenology of C. pedicellatus and C. polystachios. High levels (≥70%) of shade did affect the growth, development and reproduction of C. pedicellatus and C. polystachios. Regarding nutrients, these species proved tolerant of a wide range of nutrient levels, ranging from infertile to highly fertile soils. Additionally, high shade also delayed flowering. In the field, this means flowering would occur closer to and into the dry season.

That study was followed by field experiments at Ranger Uranium Mine, Northern Territory, Australia. These field experiments were conducted to assess the impact of different A. holosericea tree densities, herbicide and phosphorus fertiliser treatments in controlling C. pedicellatus and C. polystachios. Results indicated that establishment of A. holosericea trees (without other treatment) reduced the density of C. polystachios plants by an average of 66%. The combined treatment of establishing a tree canopy plus phosphorous fertiliser impacted vegetative growth, reproductive status and reduced seed production. The density of mission grass in this treatment was reduced by 73%. This increase in effect of trees was due to increase in growth of trees and subsequently increased shade in response of phosphorus fertiliser.

The final study evaluated the impact of A. holosericea litter on germination and emergence of C. pedicellatus and C. polystachios. The results showed that the physical effect of litter depth ≥3 cm inhibited seedling emergence. In addition, allelopathy significantly inhibited root growth of C. pedicellatus and C. polystachios. This has implications for the ecological management of mission grass on disturbed lands, using strategies such as manipulation of litter cover through Acacia establishment.

Rehabilitation of disturbed sites will require appropriate management interventions to bring them to the desired status. A set of management practices has been developed in this project for potential application for rehabilitation managers and land users. Potential management strategies suggested as a result of this study include the following. Using higher densities of A. holosericea to increase shade (1.25 trees per m2) and careful phosphorus treatment to promote tree growth, increase shade and litter to prevent seedling emergence. In addition, shade also impacted the reproductive phenology of mission grass which resulted in delaying flowering and inflorescence development. This delay in flowering may mean that flowering occurs when plants are becoming moisture stressed during the dry season, which may reduce reproduction output. Further monitoring is needed to measure the long-term impacts of ecological weed control treatment of invasive grass species in tropical savanna of Northern Territory, Australia.

Salman’s broad research interests are in natural resource management and Agriculture, including plant ecology and weed ecology, particularly invasive grass weeds. Salman holds Bachelor of Science (Honours) with majors in Agriculture and Masters in Agronomy. He completed his PhD from Research Institute for the Environment and Livelihoods (RIEL) at Charles Darwin University.