Vegetation classification in the Northern Territory 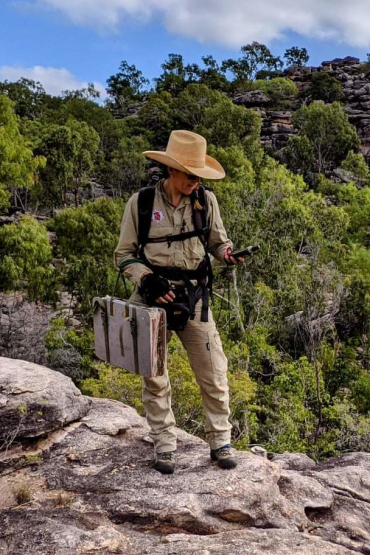 Various vegetation classification systems have been applied to plot-based vegetation data in the Northern Territory since the 1990s. About a decade ago, the national vegetation guidelines and National Vegetation Information System (NVIS) were adopted and continue to be used as the standard classification system and field protocol in the Northern Territory. Parallel to implementing the national guidelines, the Northern Territory Vegetation Site Database was developed to store hierarchical plot data. The system has semi-automated tools that can classify plot data equivalent to levels two (structural formation), five (association) and six (sub-association) of the NVIS Information Hierarchy. As a result of inconsistencies between surveys and varying degrees of floristic and structural information collected in the field, only a portion of the data is compliant with the NVIS hierarchical levels.

Dr. Donna Lewis has just commenced with TERN as Curation Lead as part of the Ecosystem Surveillance Program. Prior to this role, Donna was Senior Botanist with the Department of Environment, Parks and Water Security. Donna has 20 years’ experience in botanical and ecological field survey across the Top End, and been involved in developing guidelines and field methods in the NT since 2001. Donna previously maintained the NT Vegetation Site Database, HOLTZE – Herbarium Specimen Database and developed the Flora NT website. Donna’s responsibilities with TERN include supporting and developing ecological field survey protocols that aim to enable interoperable data between jurisdictions, improve curatorial workflows, and lead complex on-site field botanical surveys within the remit of TERN Surveillance.